Hope everyone's three-day Labor Day weekend went cool & blissfully! Mine was... rather hectic, but at least now I can preview the six -yes, SIX- episodes in my next graphic novel project, SolForce: Toons of Tomorrow!! There are the unedited covers & story summaries! As for the completion date? I'll simply say that it'll be before Christmas. Without further ado, read on!!

Welcome back to Sunshine City, USA; land of Prism Skies. Feast your eyes on the many beauteous tourist spots through the walks of SolForce Medical Lead & nursing major, Martha Clue, as she dodges through the zany bustle of her fellow SolForce members and their 22nd news coverage of the week! -so far- 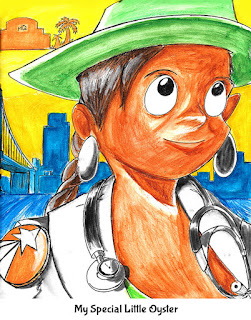 Episode 5: Shade on the Shale

After his bombastic rampage through Naturopolis in the episode The Witty Kitty, Nitro awakens in a hidden base located in the arid and shady corridors of Shalestone Valley. Here, he undergoes an investigation of his own to discover what -or who- truly made his mind fry up that night! 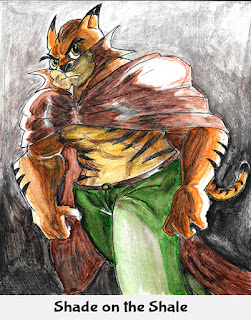 SolForce head honcho John Clue and revered fencer Lyre Harper hear rumblings from Manny Q. after a game of tennis that a band of robbers plan to ambush the rich and techy at a highly headlined showcase during SIFW (Sunshine International Fashion Week). The entire crew is not aware, however; Geraldine Archer, the resident fashionista and top detective, is one of the star attendants. 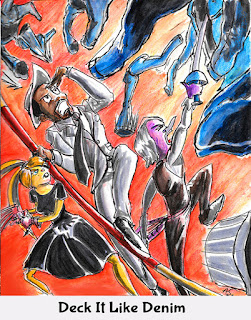 At Naturopolis Technical High School, -NaTech for short- only the best and brightest students like Revenda Delgatta can roam the halls to traverse through the Robotics and Chemistry labs with its majors conducting bizarre rituals on the Athletics club for 'lack of attention from the P.E. instructors.' It also gives her a reason the revive her blog! 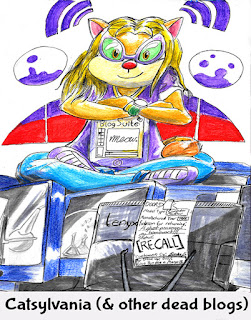 Small- town redheaded photographer Stephanie Monroe can't catch a break. When she heads to Wona's Coffee & Tea once a week after a hectic day at her new job at the Daily Sunrise, she gets a small glimpse of the Sunshine Chronicles graphic designer and breakout psychic of SolForce Ceasar 'A.C.' Southermire... who's at Wona's everyday after work and training. Once both attend the same mixer hosted by the same newspapers they work for, the two constantly avoid contact with overly joyful coworkers and the inevitable bachata dance- off. 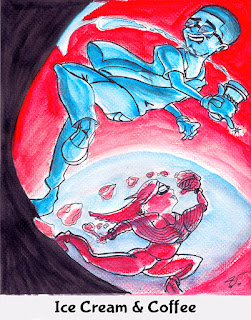 Months after the attacks from Goosome and the Shadi, Robert Miles and the rest of the SolForce detectives work with the SCPD to find proof that Oscar Sheffield, mayor of Sunshine City, is not behind the sighting of government- sponsored drones! The company who created them? Salazar Technologies, headed by acclaimed -but mostly failing- civil engineer, Ivan Salazar. 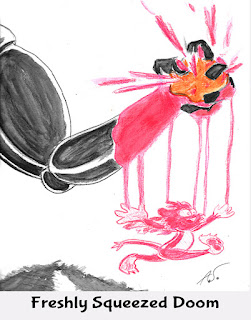 Posted by Aaron Southerland at 2:03 PM No comments: