And so have I on this blazing Monday in the Bay Area! So, let's get right down to it. From January to April, my day-to-day life became filled with longer shifts at both jobs, possible job offers in the works that pertains to my career path (!!!!!), and of course, art deprived elementary school kids who need to release that inner Rembrandt and Jack Kirby. You would think that I'd push back Squishy's latest for a few more weeks down the road once my time started freeing up, but my watercolor pencils and Tuesday café hops weren't letting me up.﻿ 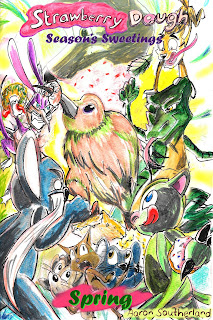 Strawberry Dough Season's Sweetings: Spring has finally come to its imminent completion last Tuesday and boy, has it been a topsy-turvy three months! Originally intended to get done a week before the spring season started, Spring brings us to the third of four seasons in the Alpine Outback and if any of you read (let alone peeked) into the Winter book, you'd know that things got a tad funkier and experimental with the comedic tone and character development. 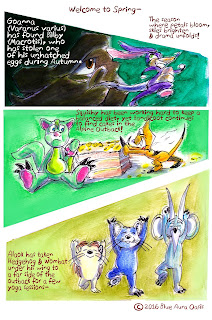 This book also includes the return of the oddball of the Outback posse, Echidna!!! 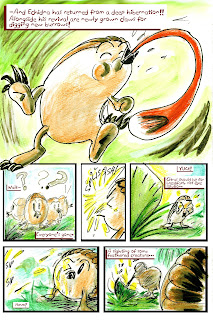 Many of my readers asked why did I have to stick with keeping Echidna out of the Winter book despite his hibernation habits. A few of them felt that had he been there, the encounter with Goanna and Bilby wouldn't have even happened near Squishy and Co. since he's second only to Hedgehog as the most practical to keeping his social circle in check.

That's why I wanted him out! Echidna was also the one character I decided to give a slight design overhaul to thanks to his absence. He now dons four sharp nails varying in size on each of his feet, true to how the echidna's anatomy works in reality. And yet, he's not the only focus of a returning or new character. That special award goes to- 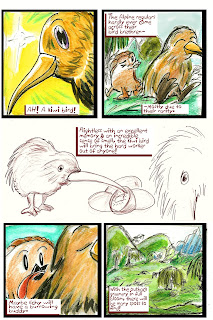 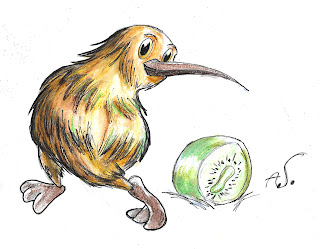 Kiwi! And she was designed with a kiwifruit in mind! The kiwi bird has always been a species of birds that particularly intrigued me since I was in the second grade. One thing I noticed while downing many an iced chocolate chai latte and designing at the same time is that a kiwi bird's feathering comes off looking very fur-like. The final character visual above shows Kiwi in her golden brown-on-lime green glory after testing colors all throughout February and even before anyone knew of the Spring book's existence, people were in LOVE with this character. 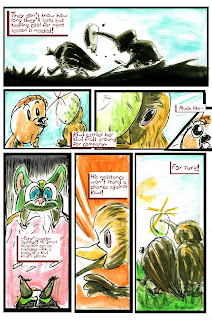 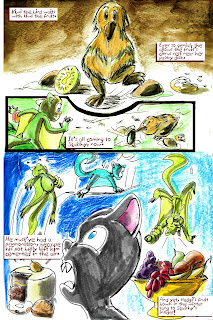 And rightfully so! In Spring, Kiwi's role is given gravity once Echidna figures out that the very curious bird carries around slices of kiwifruit for a daily dose of vitamin C that keeps her legs and eyes awake daily. Of course, this gives Echidna the bright idea to bring Squishy to her for further dietary needs and training! It's... not easy, though. 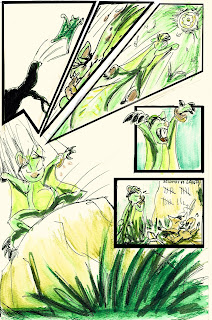 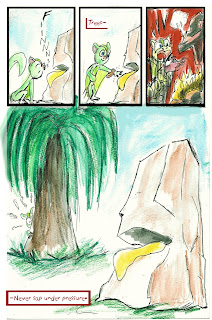 One lesson I definitely took from Winter came from one student's review of it: 'I like that there's drama with the comedy now!' In other words, I created a continuity with a series of short comic strips that could've just been one-shots. 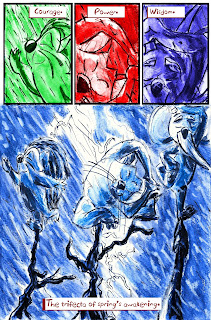 Or Goanna hunting down Bilby in the heat of the night- 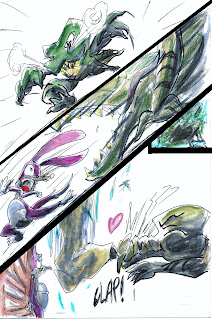 Remember that it can all be taken as a one complete story, or a serialized manual to friendships and survival of the animal kingdom!﻿
﻿ 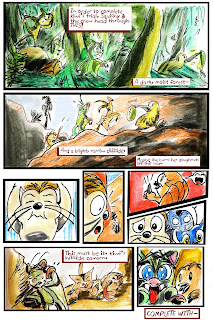 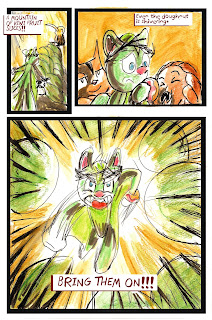 Strawberry Dough Season's Sweetings: Spring was released on the Blue Aura Oasis site on April 15th, and will come with a free Kiwi sticker with orders and purchases before the summer hits! Thanks for reading and sharing this post! 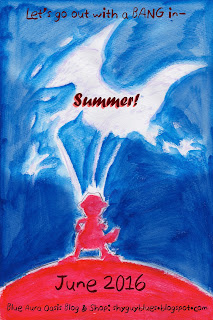 Try guessing THOSE animals, why dontcha!﻿